This morning, somewhere near 8am, a friend of mine smsed me asking me about the correct spelling of certain words.

The troubling part of the sms is: ‘I’m having test now. Need help!’

I didn’t know you could do this in MUET exams, or maybe it was just a mock MUET paper…
*******
We went to X-Fab, former 1st Silicon this afternoon. If I'm not mistaken, someone said Zhi Wei will definitely go: 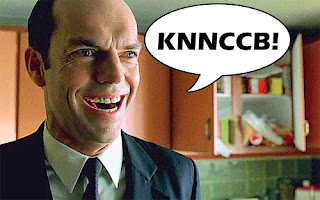 Because the bus driver kept driving to the wrong road and had to turn back.

Overall it's quite an interesting trip if you are interested to work in X-Fab in the future. The designated time to return to Swinburne is 4.30pm. We reached Swinburne at 5.45pm.

It’s been awhile since I last blogged, it’s not because there is nothing to blog but mainly because I don’t feel like it. This evening, I suddenly have this urge to blog again. It happened right after my EMB class ended at 6.30pm.

As I was stepping out of the lecture hall, I overheard a conversation between two guys talking about GG-client stuff and something I really hope that I had misheard - The legendary banned program/application - Map hack.

Yes, I am quite sensitive when it comes to ‘Maphack’ not because I am a maphacker myself but because I hate maphackers. I’d always called them nooblet, sissy, sore loser, and any negative name you could think of for calling someone else.

Luckily they were talking about GG-client that I wouldn’t give a damn of. As far as I heard from Bs3 forums, GG-client is full of leavers and noobs. It happened when someone from the vast population of Bs3 talked about how great he was in GG-client and expecting praises from everyone. Instead of getting what he wanted, he got flamed badly – nobody called him a pro but a noob. I pity him.

My point is: there is nothing to show off when you win a game using maphack programs. You might feel good about winning a game but what are you without your precious maphack program? You might be nothing but dust when u depend too much on it.

Ever heard of players using maphack programs and still lose? At first I find it unusual, having seen the whole map, one is like a god. But what’s the point of having a team of 5 players playing maphack? If they are just kids, I understand, but the majority of the players fall in the category of teenagers (13-19 years old).

No matter how a person uses his/her maphack program, they can never beat absolute teamwork. Like Chen said: DOTA stands for:

Having all the 4 components ensures victory over your enemies. Whenever I played against a bunch of maphackers and still win, its time to do something I dislike – taunt. Yes, taunt them till the end of game, even until they had to type /squelch (my id). But I’m not alone, my teammates which are usually my clanmates will flame them too, in a more terrible way.

The first –ber month is coming to an end and Mooncake Festival ended yesterday. I received this: 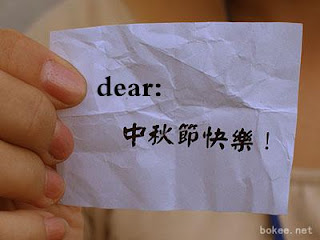 After forcing persuading her to tell me how she did that, I made one myself: 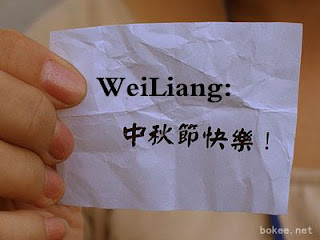